The fuel oil industry report comprehensively analyses the industry, including key segments, trends, drivers, restraints, the competitive landscape, and other essential market aspects. The demand for fuel oil across several industries like petroleum refineries, construction materials, metallurgy, and the electricity industry is rising at a higher speed globally which is projected to enhance the fuel oil market. The Asia Pacific is the highest category spender by region that is driving the demand for the fuel oil industry.

Fuel oil also called by other names like heavy oil, marine fuel, or furnace oil is a small part of the oil produced by distillation, both as a distillate or as a residue. Furthermore, fuel oil implies any liquid fuel which is normally burned in the boiler or furnace for heat creation. It consists of long chains of hydrocarbons, alkanes, cycloalkanes, and aromatics. Fuel oil is the strongest and the severest commercial fuel that is acquired as the derivative of crude oil, heavier than petrol and naphtha and is supplied through pipelines, tucks, bunker ships, or retail fuel channels. It is utilised in numerous end-user industries such as electricity generation, road, and domestic waterways, marine bunkers, petrochemicals, agriculture, commercial, and residential functions. The global fuel oil industry report comprises segments based on application (road and domestic waterway, marine bunkers, petrochemicals, residential/commercial/agricultural and electricity generation) and region (Europe, North America, Asia Pacific, Latin America, and the Middle East and Africa).

The Asia Pacific Region is Driving the Growth of the Industry

The Asia Pacific region has the biggest oil refining capability in the world, with China and India being the leading countries in the region. The market is estimated to expand owing to the increasing transportation industry in prominent countries, in which SUVs and trucks hold a large part of the automotive market. Along with this new refining, components are concentrated in places specifically in the Asia Pacific region, where the demand need is growing.

Several industries, such as transportation and petroleum refineries are rapidly increasing their need for energy across the globe. Hence, a huge amount of transportation activities, a rising volume of modes of transportation, and the concerning effectiveness of energy are propelling the demand for transportation energy. Owing to issues like shortage of substitute fuels such as biofuels and elevated biofuel manufacturing costs, technology restraints for battery-operated electric vehicles, and the cost of batteries, the transportation segment consumes 80% and above of the total fuel oil that is utilised by all end-user industries. Moreover, increasing consumer spending power due to growing per capita income in developing countries like India, Korea, and Thailand is projected to encourage the further consumption of energy. This rising demand for fuel in the transportation sector will substantially is adding to the growth of the global fuel oil market.

However, the elevating costs of fuel may be a big concern, which is likely to restrict the progress of the international market.

The global fuel oil industry report by Procurement Resource gives an in-depth analysis of the best buying practices followed by fuel oil providing and utilising regions across the globe, such as contract terms, engagement models, and buyer and supplier negotiation levers, among others.

The increasing demand for crude oil for numerous usages across the globe by its consumers is the most important factor that is leading to the growth of the fuel oil market. In addition, a rise in the production of crude oil in developed countries may result in the increased manufacturing of fuel oil, which may strengthen the growth of the market in the future. Furthermore, the growth in the demand for electricity in several power plants is likely to add to the development of the overall fuel oil market, in the near future. Also, application in the marine segment can make the biggest contribution to the global fuel oil market due to the increased product utilisation in various marine-related activities.

The key zones in the industry are Europe, North America, Latin America, Asia Pacific and the Middle East, and Africa.

With the existence of numerous well-placed companies in the market, the global fuel oil market is enormously competitive. Many of these players are likely to hold a large share in the global market, in the upcoming future. Expansion strategies such as introducing novel products may help these leading players to achieve a competitive edge over the other companies in the years to come. Partnerships with smaller companies are supporting the major fuel oil industry players to augment their market presence and boost their revenues.

What was the global market size in 2021?

What is the market’s expected growth rate for the forecast period?

What are the major regions of the market according to the industry report?

The major regions in the industry are North America, Europe, the Asia Pacific, Latin America, the Middle East, and Africa.

Who are the leading industry players according to the industry report?

The global fuel oil market reached a volume of about 4.2 Mbpd in 2021 and is projected to grow at a CAGR of around 7.15% in the forecast period of 2022-2027. The Asia Pacific region has the biggest oil refining capability in the world, with China and India being the leading countries in the region. The increasing demand for crude oil for numerous usages across the globe by its consumers is the most important factor that is leading to the growth of the fuel oil market. Several industries, such as transportation and petroleum refineries are rapidly increasing their need for energy across the globe. Hence, a huge amount of transportation activities, a rising volume of modes of transportation, and the concerning effectiveness of energy are propelling the demand for transportation energy. These factors are in turn propelling the fuel oil market. Some of the leading players in the industry are Exxon Mobil Corporation, Shell Plc, British Petroleum Plc, Chevron Corporation, Emery Oleochemicals LLC, and TotalEnergies SE.

Procurement Resources’ detailed research approach explores deep into the industry, encompassing the macro and micro aspects of the industry. Its team of experts uses a combination of cutting-edge analytical tools and their expertise thus, delivering its customers with market insights that are accurate, and actionable, and help them remain ahead of their competition.

Compare & Choose the Right Report Version for You 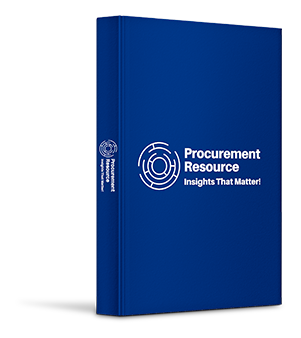